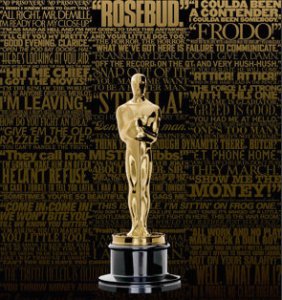 After a six-year experiment to broaden the Best Picture field that has proven about as popular as Seth MacFarlane’s hosting gig, The Hollywood Reporter indicates the Academy is now considering a return to naming five nominees. At the time, the move was widely attributed to Christopher Nolan’s The Dark Knight, whose snub in the top category in 2008 led to grousing in many quarters, including the executive suites at longtime Oscar broadcaster ABC.

The network had watched the ratings for the Oscar telecast slip from an all-time high of 55.2 million in 1998, the year that megahit Titanic sailed home with 11 statuettes and king-of-the-world status, to a measly $32 million in 2008, when No Country for Old Men took the top prize and the top-grossing Best Picture nominee was Juno. The following year’s ratings proved not much better, when Slumdog Millionaire (a surprise $143 million hit) topped a field that included Frost/Nixon ($18.6 million), Milk ($32.8 million), and The Reader (34.2 million). The consensus was that something must be done — and supersizing the top category, as had been done in the awards’ early years, seemed like a safe form of affirmative action for  populist hits.

In reality, the maximification of the Best Picture race was a direct result of another phenomenon: the Miramaxification of the Oscars. Remember the days when genuine popular hits like Star Wars, Raiders of the Lost Ark, and E.T. competed against more prestige fare for Best Picture? It wasn’t so long ago.

But ever since Harvey and Bob Weinstein burst onto the scene in the early 1990s, making awards campaigns both an extension of a film’s marketing efforts as well as a cutthroat exercise in realpolitik that almost became an end in itself, the Oscar race has tilted toward middlebrow art-house fare. This shift coincided with the corporatization of the major Hollywood studios, which increasingly focused on big-budget tentpole movies and relegated the artier Oscar-bait projects to specialty divisions like Fox Searchlight and Sony Pictures Classics.

At first, the Academy’s supersize Best Picture gambit appeared to pay off. Ratings for the 2009 show climbed 15 percent as viewers tuned in to see the $760 million megahit Avatar lose to a micro-indie, The Hurt Locker, which remains one of the lowest grossing Best Picture winners of all time. That race also included some other genuine popular faves like Up ($293 million) and The Blind Side ($256 million) that gave average fans at home a rooting interest in the outcome. The following year, Nolan won some redemption with a nod for Inception ($293 million) in a race that included Toy Story 3 ($415 million) and the hit Western remake True Grit ($171 million). None had a real shot at the top prizes — they all lost to a Weinstein-backed indie, The King’s Speech — and ratings dipped again.

For the last three years, as the number of Best Picture nominees varied between five and 10 (in a formula so complicated that only the folks at PricewaterhouseCoopers seem to understand it), the contenders look more and more like, well, the Indie Spirit Award nominees. This year, American Sniper was the lone contender in the top category to hit the $100 million benchmark.

What’s remarkable is how the Academy’s choices diverge not only from mainstream moviegoers but also from the critics. Consider the top-ranked wide releases last year on Metacritic:

Over at RottenTomatoes.com, based on adjusted scores, the list is similarly broad, even if you (as I did) eliminate docs like Life Itself, foreign-language films like Leviathan, and micro-releases like The Babadook that never had a reasonable shot at snagging Academy recognition:

The takeaway: Critical darlings don’t just include art-house mainstays like Boyhood and Birdman but also genuine popular fare like The LEGO Movie, an animated hit that it seems was truly robbed this year, snubbed not only for Best Picture but also, mysteriously, in the Best Animated Feature category.

Going back to five nominees probably won’t change the balance much — or the longstanding bias against genre movies. A Guardians or a Gone Girl is even less likely to make the cut in a smaller field of five — and so is an American Sniper. But a smaller list of contenders may make the omission of popular movies seem less glaring. (As Nolan doubtless wondered on nominations morning, “You had up to 10 slots and you still couldn’t find one for Interstellar?”)

The real issue is that Academy members no longer seem to consider big-studio hits as worthy of awards recognition. Perhaps the residual checks make a statuette seem superfluous. But that’s a shame — and in the long run, an oversight.

Thom Geier is an award-winning writer and editor with a special passion for American pop culture. He serves as executive editor of TheWrap.com, a digital news site covering Hollywood. He previously was a senior editor at Entertainment Weekly, where he oversaw coverage of movies, theater and books.